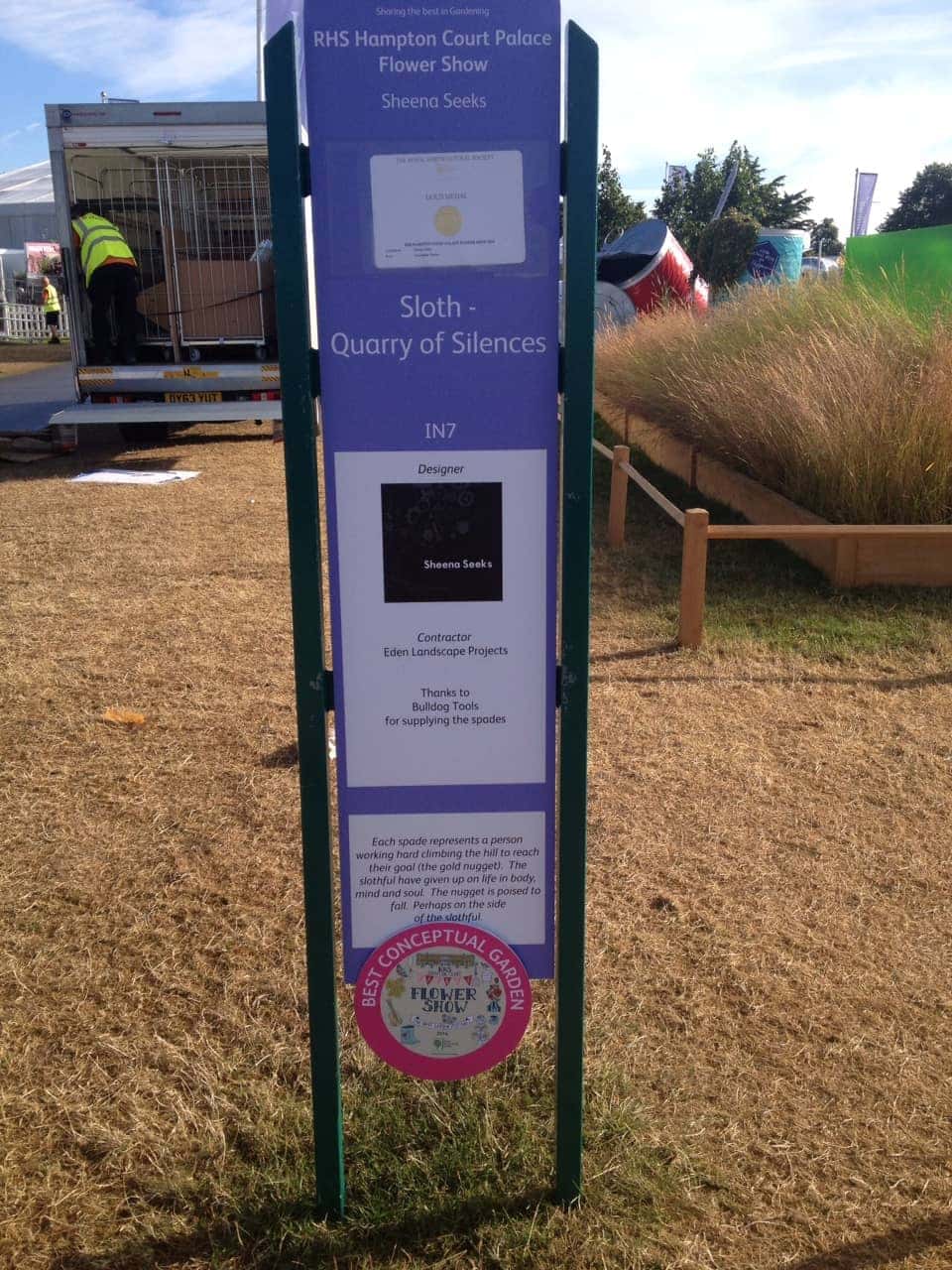 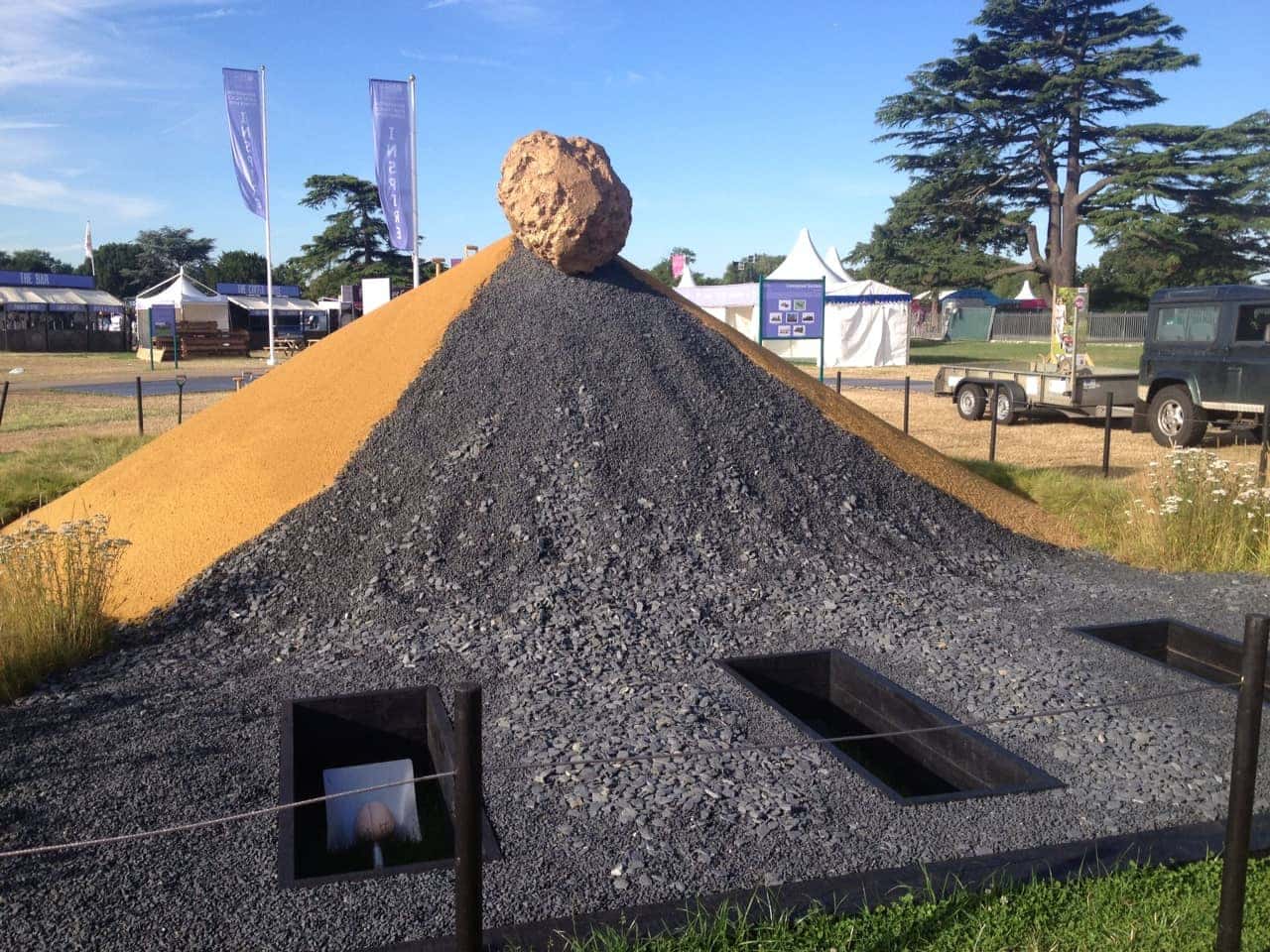 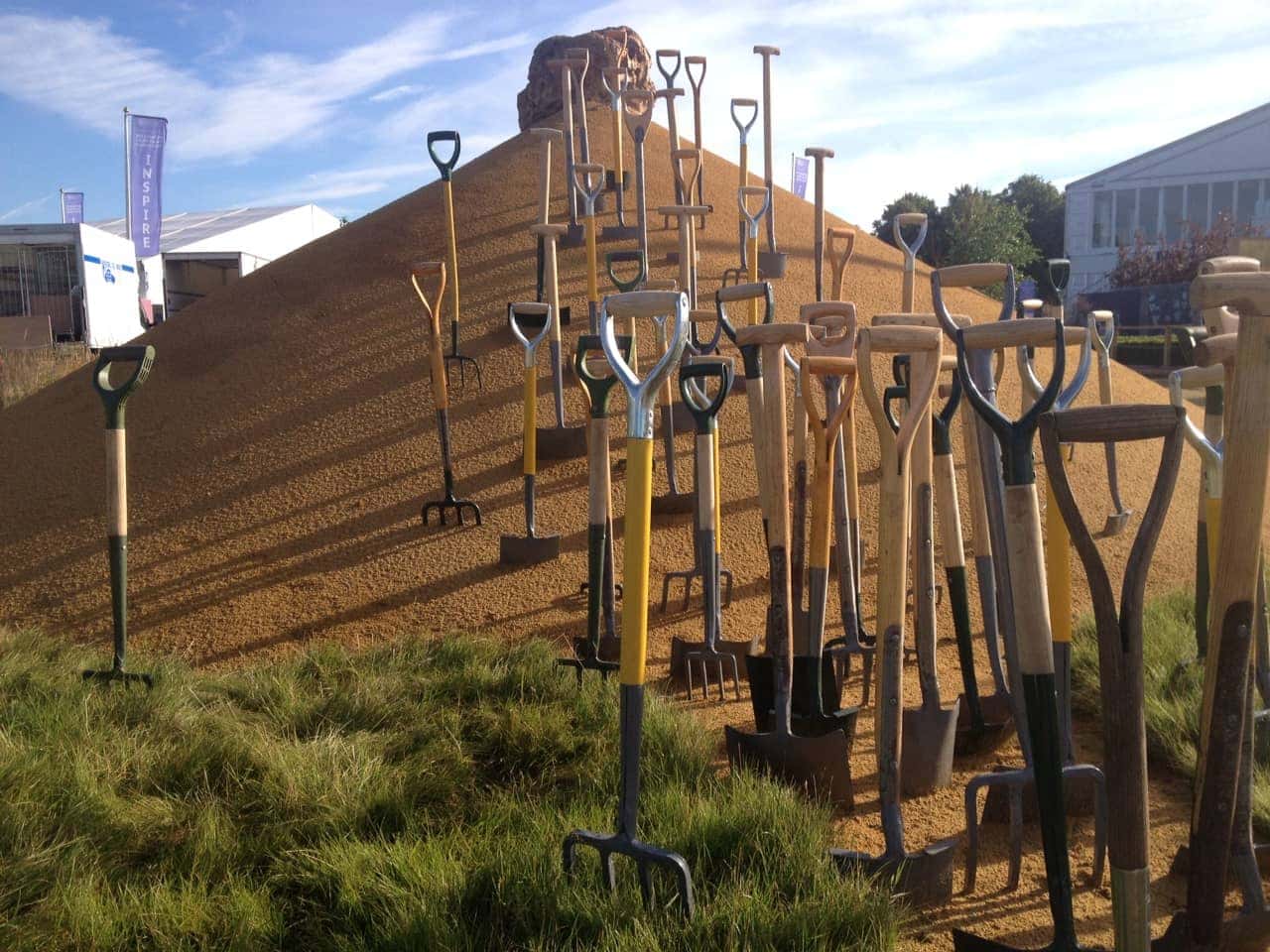 Conceptual garden designer Sheena Seeks contacted Eden Landscapes early in 2014 and asked us to build her design for that years Hampton Court flower show having seen our work at the previous years’ show.

Her entry had been accepted for that year’s concept gardens category, with a theme of the seven deadly sins, Sheena had a design for ‘sloth’.

The spades represent people climbing the mountain of life, working hard, exercising striving for life’s great prize,(different for everyone), represented by the golden nugget.

On the far side are the graves of the lazy, who didn’t bother and not they rest in the bleak quarry.

Surrounded by deliberately rough uncut grass and meadow turf the mountain is constructed from 40 tonnes of soil, basalt stone and sand. Over thirty mixed spades and forks were donated by Bulldog tools and the nugget was sculpted by Sheena.

Built over ten days and carefully watered on press day we were delighted to find that the judges had awarded the garden a gold medal and best in category for concept gardens.

Subsequently, the garden was noticed by Harrods of London who asked Sheena to produce a design for them as an entry to the Chelsea flower show 2015. We look forward to the challenge of helping Sheena build this as it has been accepted.